The St. Patrick School robotics team is looking for new Robo-Shamrocks to participate in the First Lego League competition(s) in the fall of 2018!

4th-6th graders (in the fall) are eligible for the robotics team.  The activity emphasizes teamwork, problem-solving, presentations/skits, programming, and robot-building (with Legos).  We practice twice a week beginning in August in preparation for competitions in November/December.

If you think your child may be interested, please contact Mike Larson for further details at 734-353-0537, larsonm@dteenergy.com. 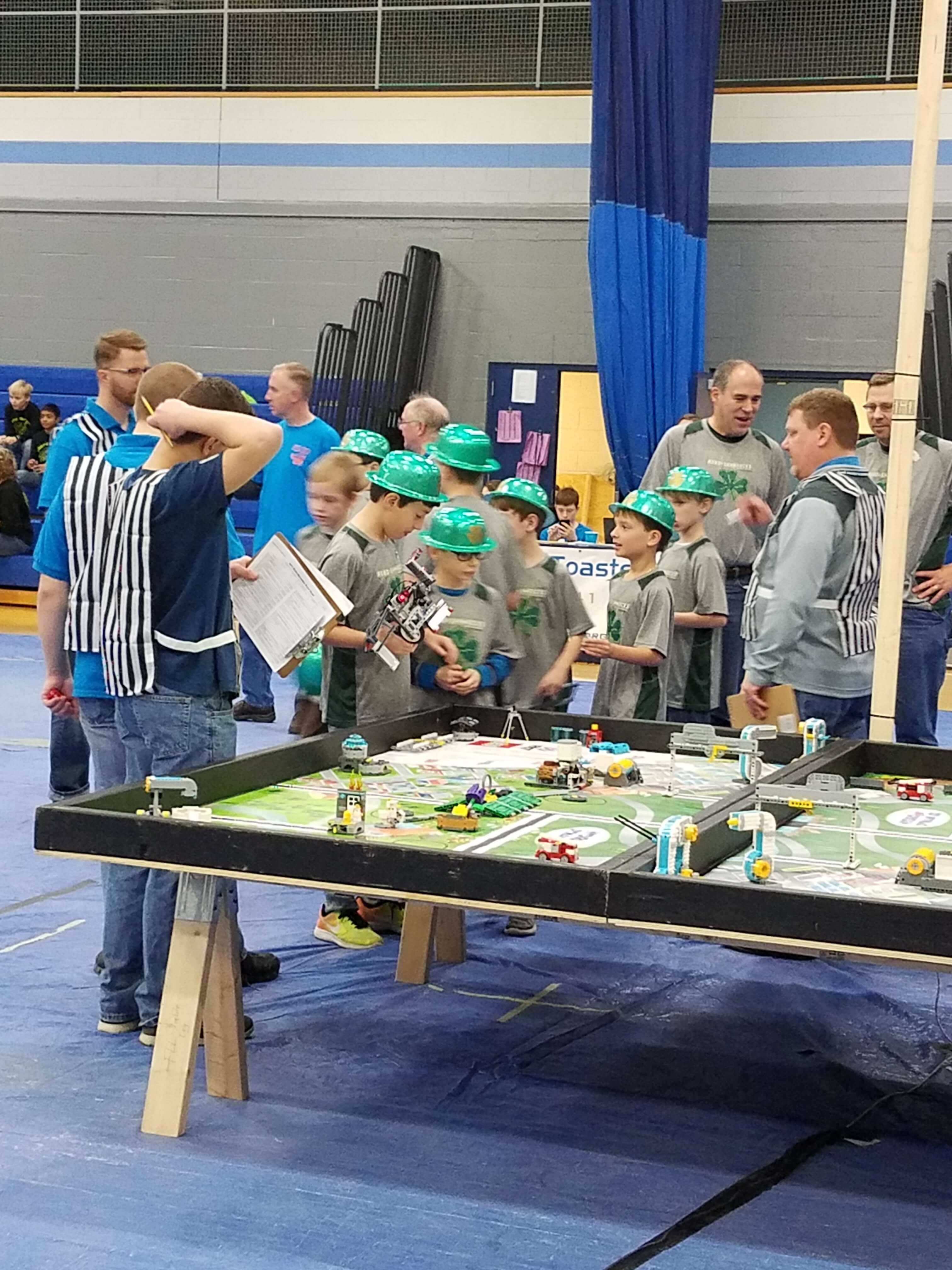 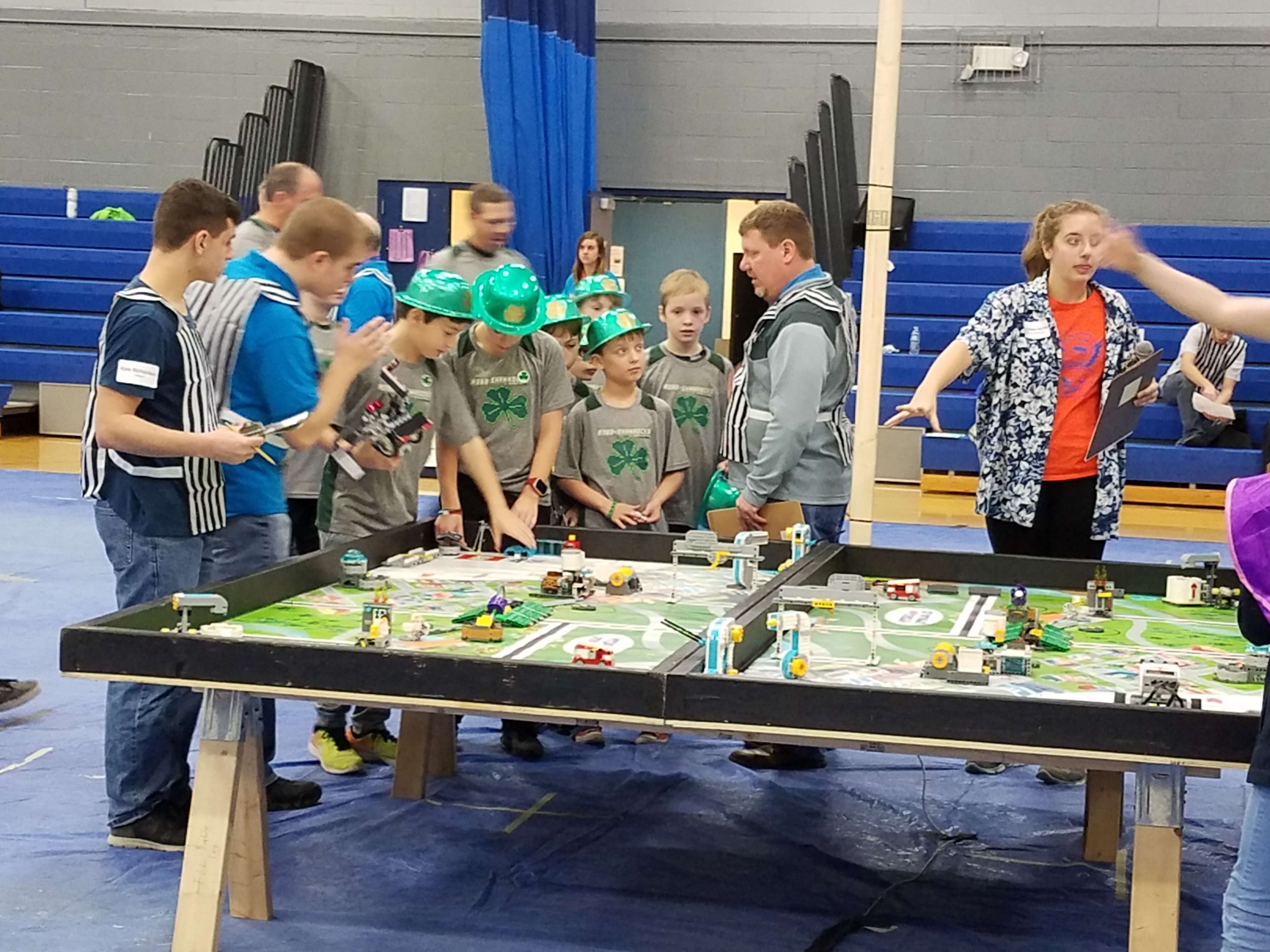 Robotics: First Lego League (FLL) grades 4-6:
·        Want to find out more about Lego Robotics?
See the FLL official website for some great videos on what it is about:https://www.firstinspires.org/robotics/fll/what-is-first-lego-league
·        Want to find out how your student can get some experience and confidence before the season starts in the fall?
Here are some options for getting some summer Lego EV3 hands on experience:
The Mentor Robot Shop :  https://www.tmrshop.com/  offers Kid’s Night Out events, drop in classes and regular classes as well as an EV3 camp August 14-18.
·        When does the FLL season start, how long does it last and what is the time commitment?
The season typically starts at the start of the new school year just after Labor Day and is done by Thanksgiving with the regional FLL competition.  We have been meeting 2 times a week.  Once on Sunday afternoons, and also one weeknight for about 2 hours (exact day based on team availability)
·        Thinking about joining the St. Patrick Lego League team?
E-mail Mike Larson (ndmikelarson@gmail.com) or Nancy Barta (bartajn@sbcglobal.net) if you are interested. 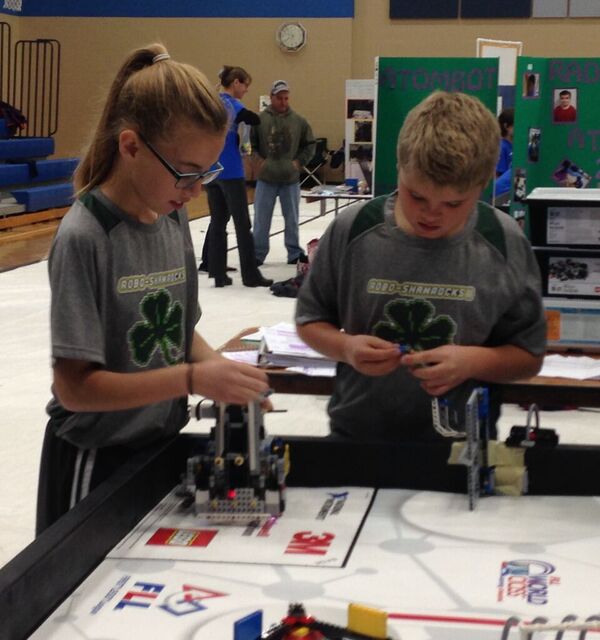 FLL is a worldwide robotics team competition run through the FIRST Robotics program.  The students use elementary computer programming to control robots constructed out of Legos to accomplish predetermined tasks on a standardized Lego-based activity table.  The competition also includes a project presentation around a central theme (this year the theme is Trash Trek — garbage control and recycling).

St. Pat’s First Lego League Robotics Team (The RoboShamrocks) qualified for the State competition.  In addition for qualifying for State, the team was also given the award for “Gracious Professionalism”.

The Sham-Rockets team qualified for one of the two state championships (Michigan has two because there are so many teams in the state) out of their Hartland Regional on 11/17 (6 of 25 teams qualified).  They won a trophy for Innovative Project Solution (exercise program for kids potentially training to become astronauts in the future).  They finished second in the robot game challenge (the focal point of the competitions) at their regional.  At their state championship last weekend, they won a trophy Robotics Programming and finished fifth in the robot game challenge (with their high score for the season in practice or a competition).